The way it all began, time before the War
The period of the Great Patriotic War
Post-war reconstruction
Factory Formation
Perestroika, the collapse of the USSR
Rapid development, current time
1323 — 1940

The way it all began, time before the War 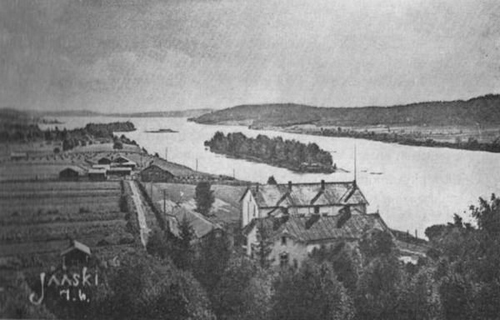 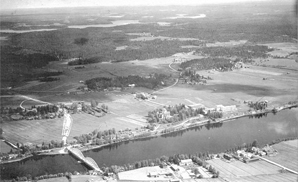 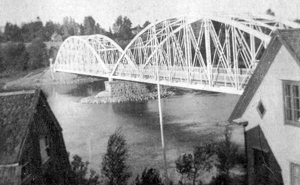 Yayaski was one of the oldest districts of Karelia as early as 1300. For hundreds of years, Andrea, Joutseno, Kirwa, Rautjärvi, Ruokolahti and Vuoksenranta separated from the main district and became independent.

The uniqueness of Yayaski was that in the 1880s already local industrialization and the rapid growth of industry began there. 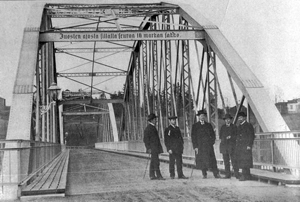 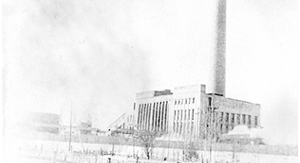 Before the “winter war” (Soviet-Finnish war 1939–1940), it was one of the largest industrial regions in Finland, it ranked fourth after the rural communities of Helsinki, Ruokolahti and Sortavala.
The formation of its settlements was progressive. In Yayaski economic, cultural, youth, sports and other societies flourished.

In 1936, the Finnish company KUITU OY was founded in Yayaski (“kuitu” in Finnish means “fiber”). And from 1937 to 1938, the first artificial fiber plant in Finland was built in the Vuoksa River Valley to produce staple (short-length artificial fiber), artificial silk and viscose, and cellophane.

After the completion of the Rouhialan power station (Lesogorskaya HPP, HPP-10) in December 1937, the plant received electricity.

After the Soviet-Finnish war of 1939–1940 Under the Moscow Peace Treaty between the USSR and Finland of March 12, 1940, part of the Karelian Isthmus, including the territory on which the plant was located, was given to the Soviet Union.

The period of the Great Patriotic War 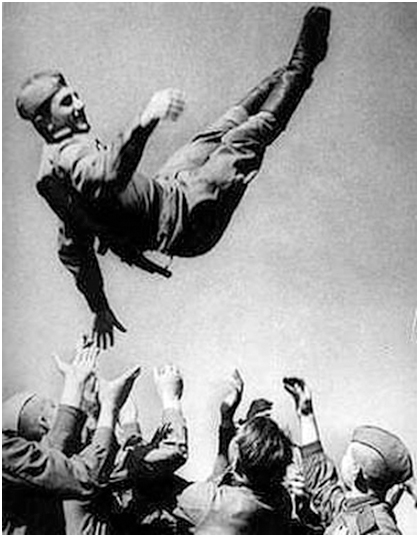 Part of the plant’s equipment was exported to Finland, and the other to the Aramil village in the Sysert district of the Sverdlovsk region of the RSFSR. There people and equipment for the production of artificial fiber from the Kievvolokno factory in Kiev arrived in August 1941 as well. The director of a viscose factory Mikhail Fedorovich Kovalev arrived there. He was instructed to head the Aramil enterprise – plant No. 508. In 1943, the necessary construction and installation works were completed, and the plant began to produce products for the front. After the war, the 508th plant was transformed into the Aramil artificial fiber plant. 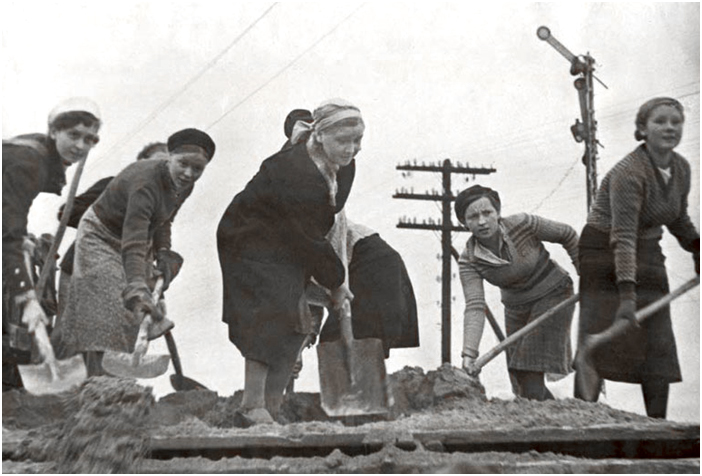 During the Great Patriotic War, as a result of hostilities, the factory had a significant damage both on the industrial site and in the working village of Yaaski. It required considerable time, effort and money to restore. All removed and dismantled equipment was transported to Finland, and then returned and scattered throughout the territory, starting from the Enso train station along all access roads, in a disordered state.

After the war, like in 1940, the state government decided to restore the factory the way it existed.

Thus, in a short time the factory was twice destroyed and dismantled a significant part of the main production assets.

In November 1945 the first specialists arrived to factory 500 to restore production in Yaaski. They had to restore everything from memory, because all documentation remained abroad. Among the workers were women, adolescents, and military personnel. 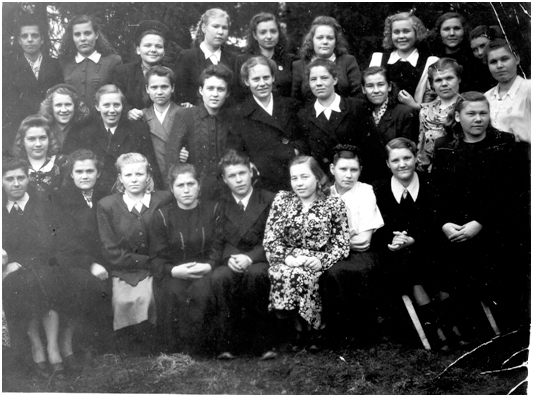 Workers in the textile workshop, 1946 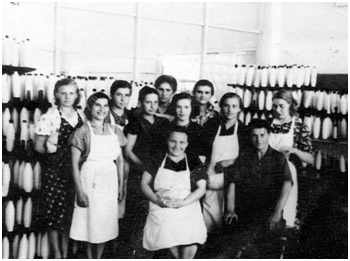 In September 1946, the first batch of silk was released.

In January 1947, the first batch of cellophane was released, and in August a staple shop was launched.

10/01/1948 – A decree of the Presidium of the Supreme Soviet of the RSFSR approved the renaming of Jaaska as Lesogorsky.

Until 1965, the company, retaining Finnish equipment and updating it, still produced the same assortment of products until a decision was made to reconstruct the enterprise and develop the printing industry.

As a result of physical and moral depreciation, the production of staple fiber, viscose silk and carbon disulfide was abolished.

During the years of Soviet Union, the enterprise was confidential and ready in a short time to proceed to the production of gunpowder for the army. 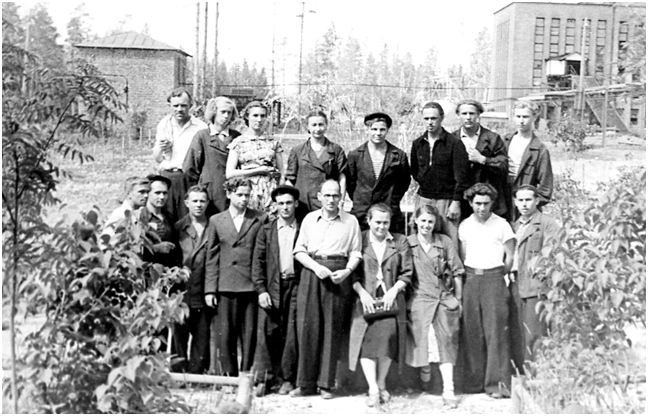 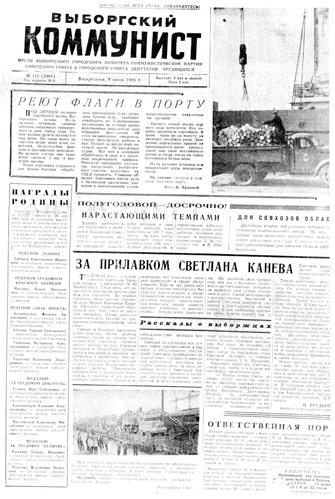 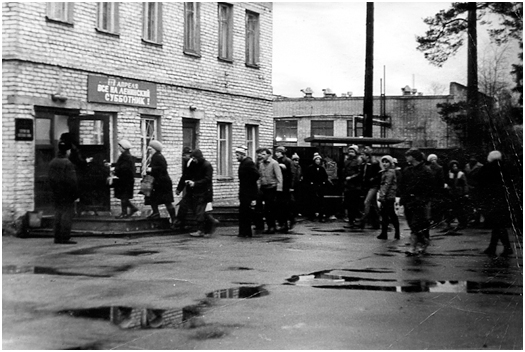 In 1965, the privacy stamp was removed, and the company received the name LZIV “Lesogorsk artificial fiber plant”.

The production of cellulose sheeting with the development of the printing base is being established. The period from 1967 to 1971, the first flexographic and intaglio printing machines appeared at the enterprise.

1969 – flexographic printing was mastered and the production of bags with handles was established.

The production of cellophane bags is being modernized and the first welding machines for manufacturing bags with handles and bags appeared. Screen reader support enabled.

The core of the production base was modern Italian, German and Swiss machines.

1972 – the production of sticky labels was established.

Perestroika, the collapse of the USSR

1982 — installation of two new flexographic printing machines manufactured in Germany and a granulator for processing waste film from Italian-made polyethylene. 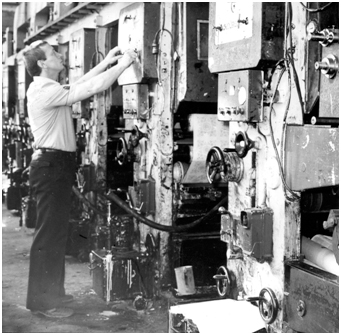 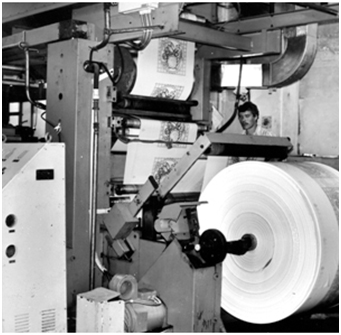 Time dictates new tasks and questions of ecology and environmental protection have become a nationwide affair. To improve the ecological state of the Vuoksa River and the air basin of the village of Lesogorsky, the closure of cellophane production began in April 1984, and the production of cellulose sheeting ceased completely in 1988.

In 1988 — as part of further technical re-equipment, Czechoslovak equipment for flexo printing and bag production is installed — Chemosvity. 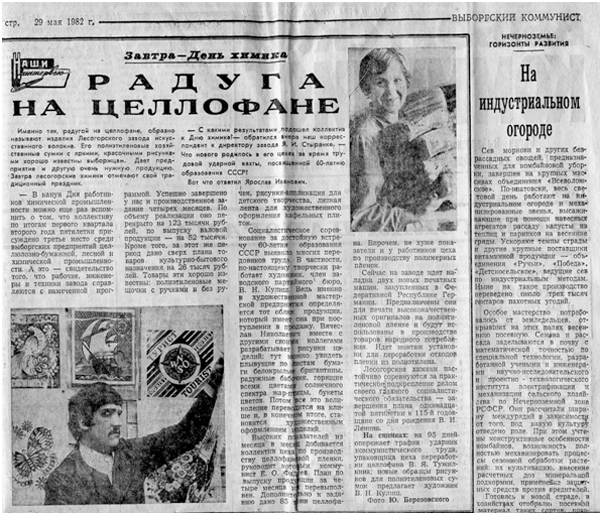 1992 — after the collapse of the USSR, like many other enterprises, the joint-stock company Lesogorsky Zavod appeared in order to privatize the state production of the same name. The main activity of the plant was the production of various types of plastic films, bags, etc.

Since the enterprise was town-forming, it contained an energy complex and was engaged in heat and water supply, and wastewater treatment for the needs of the village of Lesogorskiy.

1995 — due to the unprofitable energy complex, as well as the dishonesty of tenants (most of the plant with basic technological equipment was leased to the largest shareholder of the plant, LLC Aquarius, which subsequently disappeared without paying a bill of several billion rubles), a question was raised of insolvency of the enterprise. A sharp decline in production began.

By 1996, the plant was in poor condition and the situation at the enterprise was extremely complex and rather unstable. There were huge debts, there was no heating, workers were not paid salaries, salaries were reduced to a living wage, there was not enough raw materials for work, outdated equipment required modernization, the transport service did not work, and the worst thing is that staff motivation and trust in any management the plant was blown up, because lived in expectation of changes for the better due to changes in the early 90’s, but the situation only worsened. 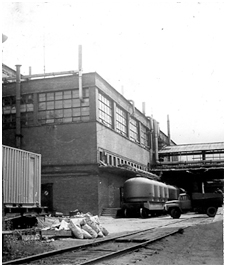 In 1996, a team of young and ambitious like-minded people came to Lesogorsky Zavod OJSC, who made a historic decision for the plant – to restore a dying enterprise at their own expense. Then a new enterprise was formed, called NTL Packing. 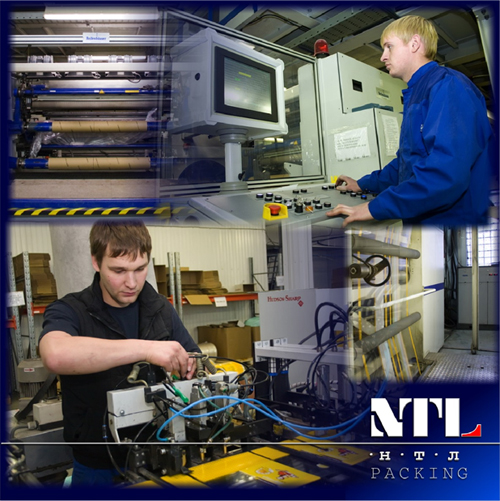 Today, the company specializes in the extrusion of high-tech blown and cast films from polyethylene and polypropylene with high barrier properties, followed by high-quality flexographic printing and lamination.

The company offers a wide range of polymer products of the most modern level, the high quality of which is ensured by the solid experience of professionals, in-depth knowledge of the specifics of the Russian market and a strong technological base. Developing new products, the company seeks to get ahead of market trends and, in part, shape them.

In a short time the company has become famous and respected in the packaging market. Years pass by, but the motto remains – “We work for the reputation.”

The company has a modern fleet of equipment, which serves as the foundation for achieving its goals and it is constantly updated.

Our company is one of the leading Russian companies working in the flexible polymer packaging industry. In its production, the best traditions of the past and modern management methods are successfully combined. 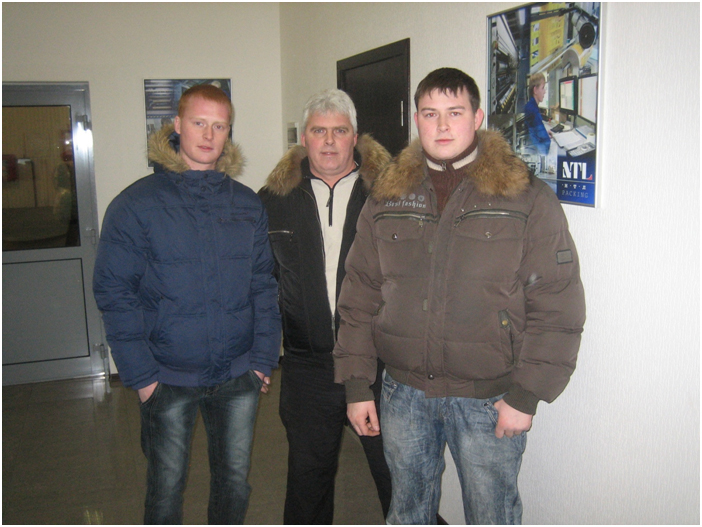 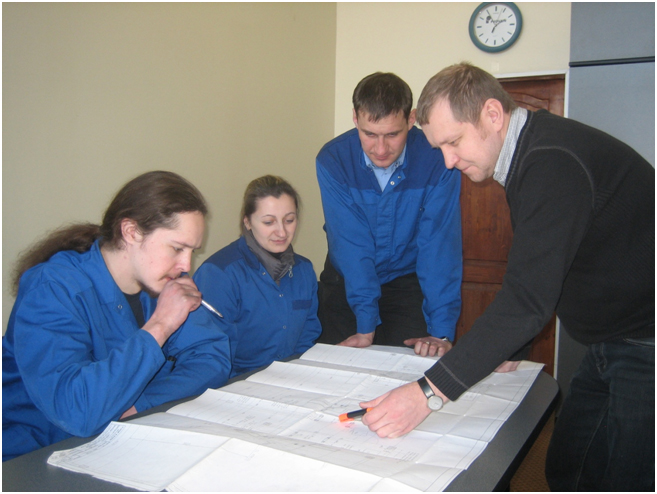 Of particular value to the company is a team of highly professional specialists. The fact that the company is developing successfully is primarily their merit. It is gratifying to admit that the factory still has a wonderful tradition – working family dynasties. For example, several dynasties can be distinguished: the Ershov family – 207 years, the Kovshare family – 134 years, the Kovin family – the total work experience of 122 years, the Mikhienkov family – 119 years, etc. The whole team correctly took all the changes and made every effort to ensure that the plans came true.

A distinctive feature of the corporate personnel policy of NTL Packing is its special attention to young professionals. The management is not afraid to entrust them with responsible posts; it seeks to use their young energy, sharp mind, and fresh ideas for the common wealth.

Employees of the company will always give valuable advice and help to find the best solution for their customers. They are ready for creative and hard work.

The management of the company expresses gratitude to its partners and promises to do everything possible so that cooperation in the future develops and strengthens, remaining fruitful and mutually beneficial.