Polypropylene film is a polymer material that is produced using both blown extrusion and flat-slit extrusion. This material is a modern flexible packaging that has great prospects. Polypropylene film can be transparent, white matte or metallized, with or without printing. You can apply an individual image using different methods, including flexo printing and gravure printing. 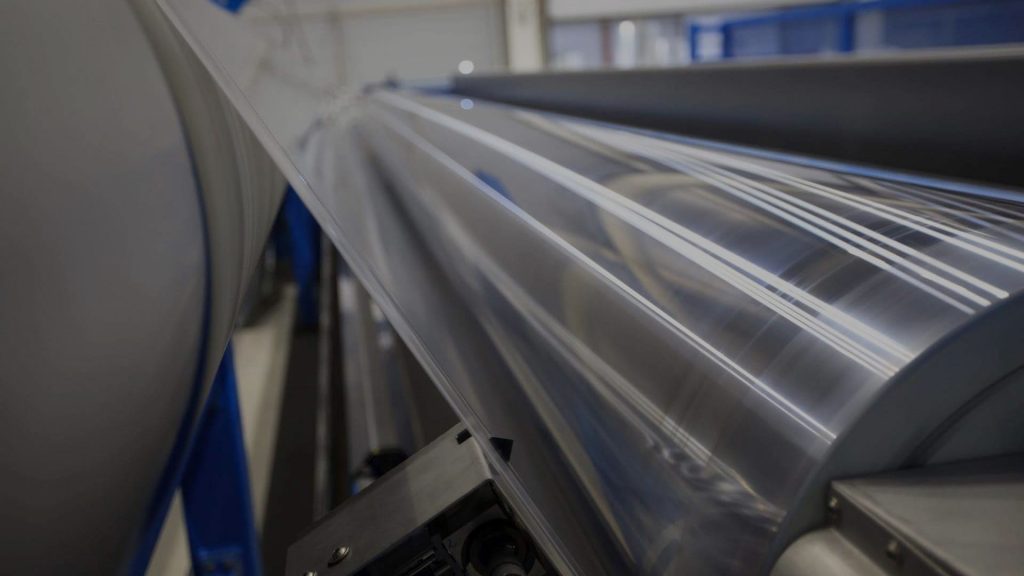 Polypropylene film is a modern material that is very popular with consumers, as it has valuable barrier properties, high strength characteristics in the longitudinal direction, as well as in the transverse direction, if it is biaxially oriented. It has good welding properties with an optimal welding temperature window and at the same time low cost. This material is able to compete with other packaging polymeric materials, and has a number of advantages:

1. The film has a low density and low weight and at the same time has high strength characteristics.

2. A wide range of products can meet the needs of consumers.

3. The material is resistant to low and high temperatures.

4. Possibility of applying an image to the film surface or using a material with varying degrees of transparency.

5. The multilayer structure allows you to create a material with the required performance and barrier properties.

6. Resistance to the effects of various external factors.

7. Immunity to the activity of microorganisms and fungi.

8. The material does not have its own smell.

9. The film lends itself easily to any kind of processing.

Depending on the production method, polypropylene films are divided into:

The most popular are the following types:

– Transparent. Usually the material is co-extruded and consists of 3 layers. The two outer ones are heat-sealable, and the central polypropylene one is load-bearing. Sometimes the film can have 5, 7, 9 or more layers, due to which the material is given additional barrier properties that are requested by the end consumer. Due to the use of antistatic additives, the film is not prone to accumulation of static electricity.

Polypropylene film is used most often as food packaging for bulk products. Also, the material is used for packaging and storage of deep-frozen products.

– White. The difference between the material and the previous one lies in the presence of a painted layer with a white masterbatch based on titanium dioxide with a microscopic structure, which determines the shade of the product. This polypropylene film has a white color of different saturation. When printing on such a film, there is no need to underlay a white ink primer. The print is brighter and more saturated than on transparent polypropylene, since the colored white layer inside the film is much thicker than the layer of white ink backing during printing. The white film has excellent reflective properties to light.

– Pearl. In this co-extrusion film, the middle layer has a microporous structure that gives it a pearlescent color. In addition to the pearlescent visual effect, this material has an additional bonus in that the pearlescent layer reliably provides protection against ultraviolet radiation. The material is resistant to low temperatures, therefore it is used for packaging products to be frozen, and for various types of labels, for example, for bottles.

– Metallized. The material has increased barrier properties due to aluminum spraying (metallization). It is used as an alternative to aluminum foil, which leads to a significant reduction in the cost of packaging without losing barrier characteristics. Metallized polypropylene film creates a good barrier to oxygen and water vapor, light. Metallized packaging significantly increases the shelf life of products. Such a film is used to pack products that quickly oxidize: chips, snacks, tea, coffee, ice cream. – Shrink biaxially oriented. This co-extrusion material is usually very thin, no more than 12 microns, and is capable of shrinking when exposed to low temperatures. This quality allows it to be used for packaging tobacco products. Technical characteristics are close to transparent BOPP.

– General purpose. This type of polypropylene film is usually monolayer and does not have heat sealable layers. There are no increased requirements for this material from end users, therefore it has a fairly low price and serves as the basis for the production of adhesive tape, labels and ribbons. The material is also used as flower packaging. The structure does not allow for heat sealing.